The PSSW group at INAF/IAPS in Rome has a solid research tradition in Space Physics and Space Weather. The research activity is mainly devoted to the study of space plasma processes which take place in the solar atmosphere, the solar wind and the heliosphere, as well as in the terrestrial magnetosphere and ionosphere and in other planetary environments, also in a Space Weather perspective.

These studies are carried out through the analysis of observational data, models development and implementation and numeric simulations.

Some results obtained in the frame of Space Weather are:

In the context of Planetary Space Weather, a series of numerical models have been developed, simulating for instance:

The PSSW group is involved in the following ESA missions as Lead-Institute. 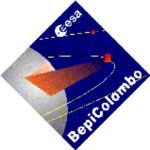 PI-ship level for BepiColombo/SERENA (Search for Exospheric Refilling and Emitted Natural Abundances, http://www.ifsi-roma.inaf.it/serena/), which will investigate the Mercury’s complex particle environment that surrounds the planet. This international instrument suite includes four sensors. In particular ELENA has been entirely designed, developed and calibrated by IAPS (supported by the CGS company). 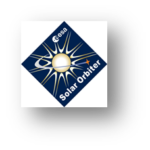 Co-PI-ship level for Solar Orbiter/SWA (Solar Wind Plasma Analyzer), which will characterize the solar wind particles between 0.28 and 1.4 AU from the Sun.

PI-ship level (Phase A) for the THOR/PPU (Particle Processing Unit), which will control the particles instruments onboard THOR (M4 candidate mission currently in phase A) for the study of turbulence heating and acceleration in space plasmas.

Some other projects are: 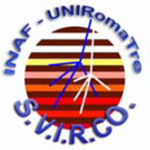 An HF radar, called Dome C East, located at the French-Italian Concordia base in Antarctica, which is part of SuperDARN Network (Super Dual Auroral Radar Network, http://vt.superdarn.org), that provides a continuous measurement of the ionospheric plasma motion and information on the Earth’s space environment.