Identification of the different magnetic field contributions during a geomagnetic storm 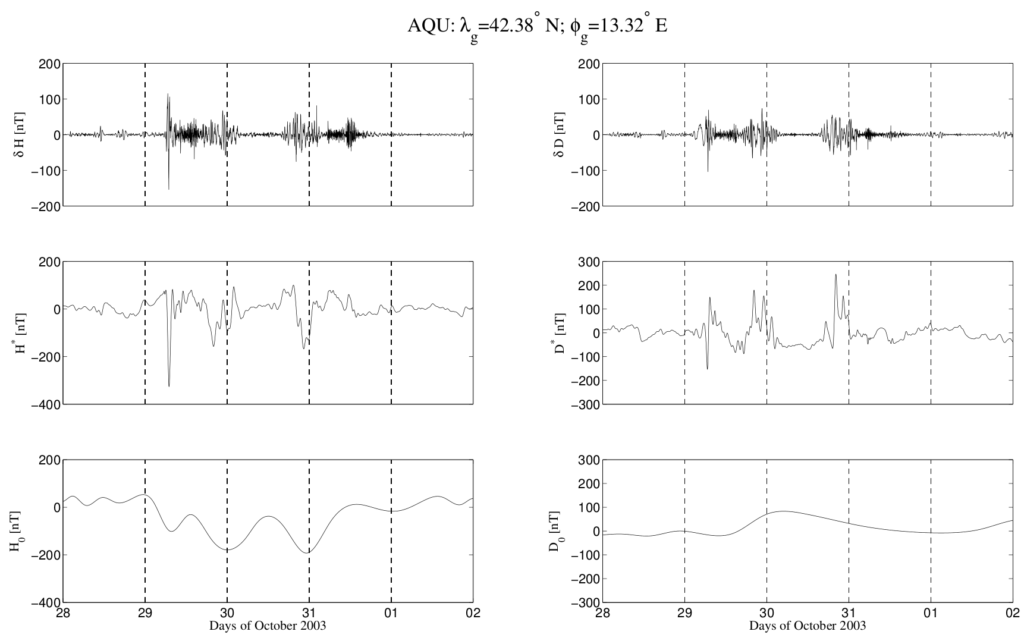 We announce to the community a recently published paper on the identification of the different magnetic field contributions during a geomagnetic storm in magnetospheric and ground observations. The authors of the paper are SWICo members  from different institutions.

Link to the paper

We point out to the community an interesting paper by the UNICAL group on a modified version of the Daisyworld model. First author of the paper is the SWICo member Tommaso Alberti.

Link to the paper

We investigate a modified version of the Daisyworld model, originally introduced by Lovelock and Watson to describe in a simple way the interactions between an Earth-like planet, its biosphere, and the incoming solar radiation, where spatial dependency, variable heat diffusivity, and greenhouse effect are explicitly taken into account.
In this way, we obtain a more realistic energy-balance model to investigate the evolution of the Earth’s climate by considering several influencing factors.

The model is based on a hypothetical planet, like the Earth, which receives the radiant energy coming from a Sun-like star, and is populated by two kinds of identical plants differing in their color: white daisies reflecting light and black daisies absorbing light. The interactions and feedbacks between the collective biota of the planet and the incoming
radiation form a self-regulating system where the conditions for life are maintained.

We show that the diffusion process is able to destabilize the system and plays an important role in setting the symmetry with respect to the equator. The greenhouse effect, modeled through a grayness function, affects the temperature evolution and contributes to self-regulating the planet climate, in agreement with observational data analysis.

The equilibrium state is significantly dependent on the initial conditions. The initial conditions of daisy
coverage influence the vegetation profiles although they do not significantly modify the temperature behavior. This implies that a different surface coverage by oceans, ice and vegetation can locally change their interactions, producing local micro-climate (similar to the climatic zones).
This model could be very useful in the framework of climate changes, due to its simplicity, to provide both global and local informations about temperature and biosphere changes. 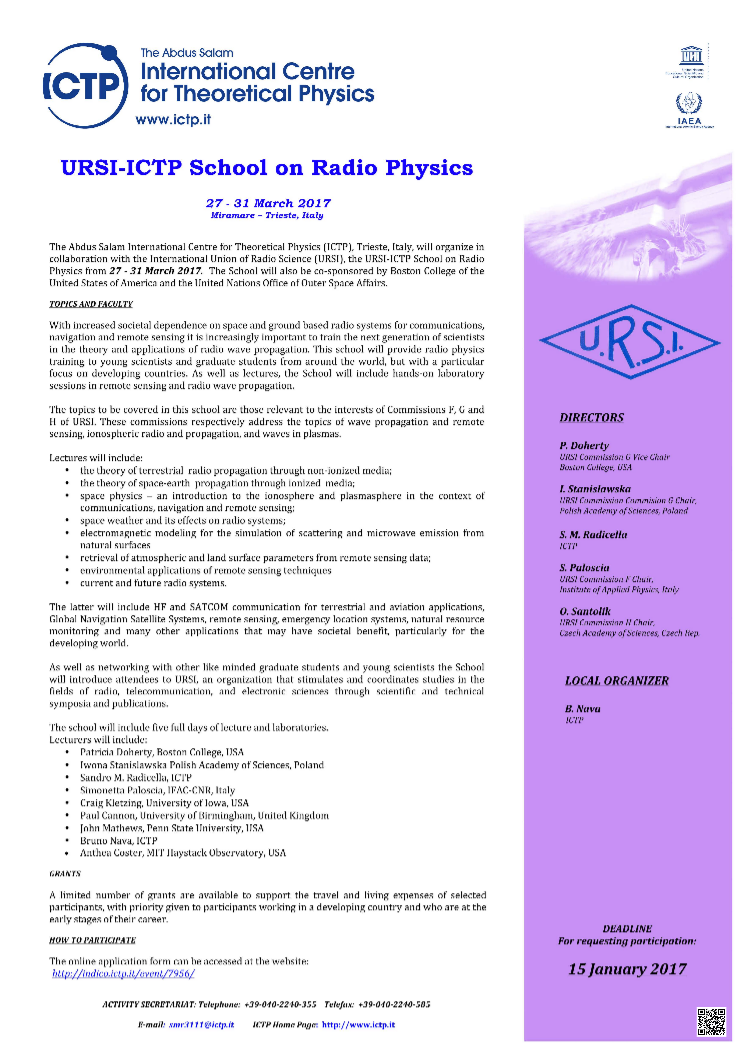 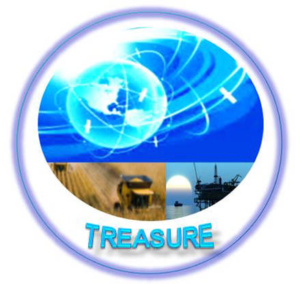 I am pleased to inform you that we have 13 research posts that will be
soon made available in the scope of a new Marie Skłodowska-Curie
Innovative Training Network that I am leading. The project is called
TREASURE, standing for

For details please see the attached pdf and feel free to circulate among potential candidates.

From laboratories to astrophysics: the expanding universe of plasma physics
Les Houches school of physics

Plasma physics plays a central role in many natural and man-made systems, from the vicinity of black holes to fusion experiments. This area of research is in fast development thanks to the strong interplay between experimental, theoretical, and numerical approaches. Long-standing challenges such as magnetic reconnection, turbulence, shocks, dynamo processes, or particle acceleration can now be tackled directly by a combination of these techniques. The goal of this school is to gather students and researchers from various communities (astrophysics, applied mathematics, fluid dynamics, fusion research) to provide a unified framework of plasma dynamics and to exchange new theoretical and experimental developments between these communities.

Post-doctoral Researcher Position at the ISSI

The International Space Science Institute (ISSI), Bern, Switzerland is seeking to appoint a post-doctoral researcher for 2 years primarily to work on a Horizon 2020 project, MiARD, the Multi Instrument Analysis of Rosetta Data. The post will involve two main strands, namely:

These activities will involve working with collaborators at partner institutes in Switzerland, France and Germany and with staff at ISSI. The successful candidate will ideally have experience of relevant aspects of cometary science with most likely a background in planetary science, physics, chemistry or related subjects. A small amount of time will also be available for the candidate’s personal research. Involvement in ISSI’s programme of activities would also be possible (details at www.issibern.ch). This position is available for an immediate start. Salary and conditions of employment will be similar to those provided by the Swiss National Science Foundation.
The application should include a motivation letter, the curriculum vitae, the list of publications and the names, addresses and means of contact of three references, not exceeding 7 pages in total. It shall be addressed to ISSI, attn. Professor John Zarnecki, Hallerstrasse 6, CH-3012 Bern, Switzerland; email: john.zarnecki@open.ac.uk and John.Zarnecki@issibern.ch with copy to: Professor Rafael Rodrigo; email: r.rodrigo@issibern.ch

Submissions by email are preferred provided all the documents are in the form of a single PDF file.

All applications must be received by ISSI no later than January 31st, 2017.
For informal discussion and further details, please contact:
Professor John Zarnecki (J.C.Zarnecki@open.ac.uk) or
Professor Rafael Rodrigo (r.rodrigo@issibern.ch)

Registration is open for the 7th Solar Orbiter workshop 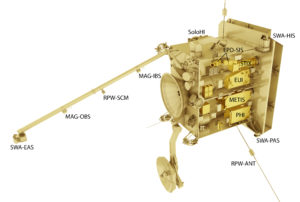 We are happy to re-post here the announcement of the 7th Solar Orbiter workshop:

It is a pleasure to announce that the 7th SolO workshop Website is ready for registration and abstract submission. Please convey the news to as many colleagues as possible. A second announcement will appear in the next issues of SolarNews and SPA newsletters.
Deadline for abstract submission is 31 December. We are supposed to notify the authors on whether their contribution are oral or posters by mid January.