The Space Weather Team at University of Rome Tor Vergata is developing instrumentation and algorithms with many application to Space Weather. The team builds upon the contributions of the Altea group, the Solar Physics group and the WiZard group.

In the framework of its different research projects, the Solar Physics group is investigating on the source of space weather events and the impact on the Earth environment: 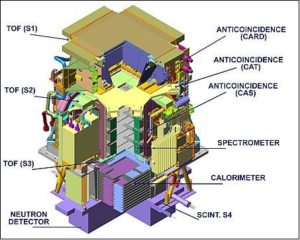 PAMELA (Payload for Antimatter Matter Exploration and Light-nuclei Astrophysics) space experiment was launched in 2006 June 15th and placed in a quasi-polar circular 70° inclination orbit. It is a powerful particle identifier using a permanent magnet spectrometer with a variety of specialized detectors for cosmic ray direct measurements in space with high precision.

PAMELA and the Space Weather: